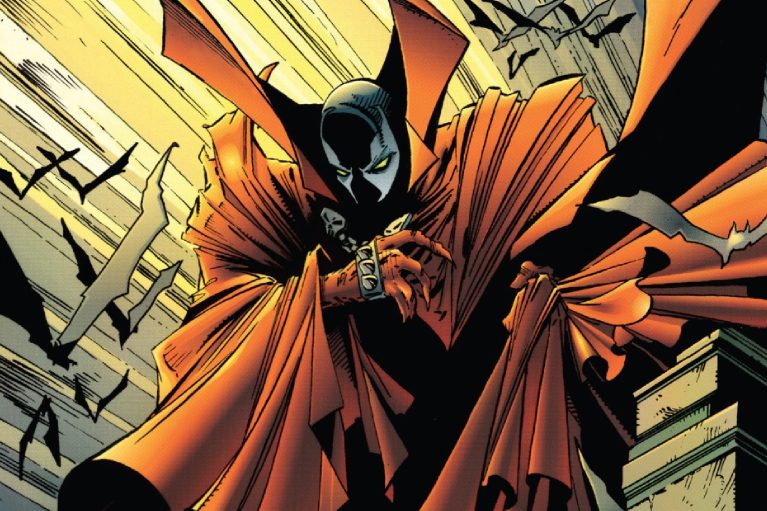 Taking us right back to the beginning, Spawn Origins: Vol 1 collects issues 1-6 of the long-running Image Comics series.

Created by legendary artist Todd McFarlane, Spawn is the story of Al Simmons, a CIA Black Ops agent and contract killer who is murdered in mysterious circumstances before being resurrected as a demonic Spawn.

Cursed by the deal that brought him back to life, Simmons battles his way through the dark streets of New York City on a mission to rid the world of evil. McFarlane crafted the series with a unique blend of horror, action, and superheroics, creating one of the most enduring characters in comic book history.

Spawn had a seismic impact when it debuted in 1992 as a flagship title for Image Comics, a breakaway comic company comprised of the industry’s top artists. Spawn #1 sold 1.7 million copies, making it the best-selling creator-owned comic book of all time – a record it still holds today. By issue #301, the title had surpassed Dave Sim’s Cerebus to become the longest-running independent comic series of all time.

So, with numbers like that, the book should be a good read, right?

Well… it’s a little more complicated than that. 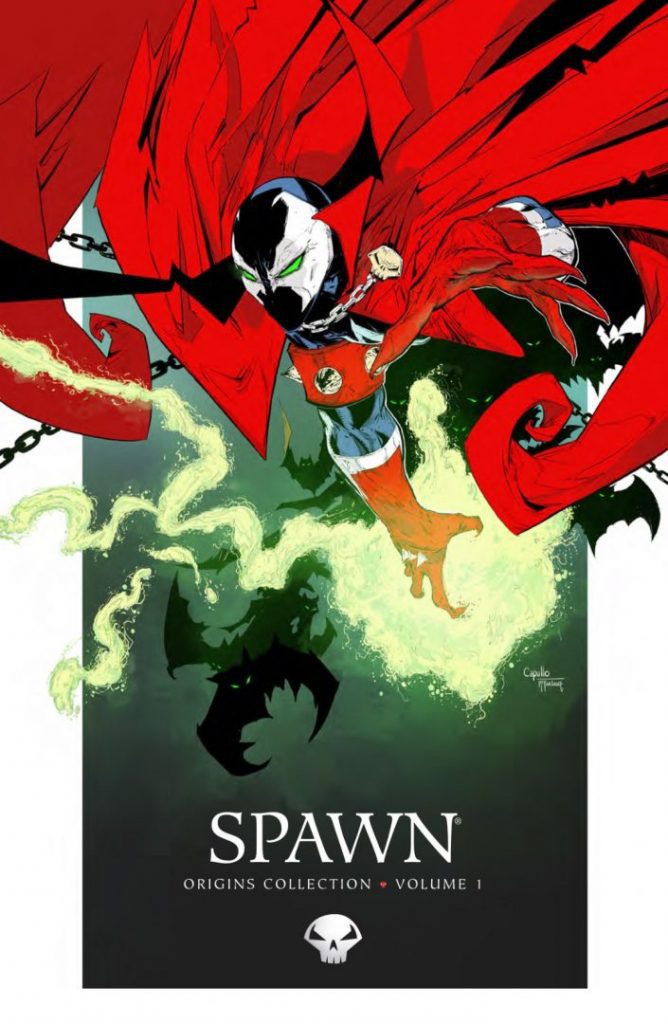 What is Spawn Origins: Vol 1?

Spawn Origins: Volume 1 is a trade paperback collection of Spawn #1-6. The volume includes gorgeous remastered cover art, select McFarlane quotes, and development sketches from the book’s creation. At over 150 pages it’s undeniably a great value collection and an excellent jumping on point for the character.

The Spawn Origins series is now up to Volume 21 (and counting), so if this introduction piques your interest then you’ll have plenty of reading to catch up on.

The first few chapters of Spawn Origins: Vol. 1 make for a dizzying read… and not necessarily in a good way.

Opening in media res, we quickly get the key details of Al Simmons’ story thanks to a combination of his fragmented memory and talking heads on TV, a la The Dark Knight Returns.

A murdered CIA assassin who made a pact with a demonic being to return to life, the book begins with Simmons adjusting to his costume, his grotesque appearance and his new supernatural powers.

As readers we’re conditioned to allow fiction one or two instances of divergence from reality, otherwise known as suspension of disbelief. Yet the basic setup McFarlane provides really pushes that concept to its limit.

To begin with, Simmons appears far too naïve to be the CIA black-ops contract killer we’ve been told he is. That’s before we get to his near-celebrity status, with a newscaster telling us he was named one of the “ten sexiest men” after saving the US President from an assassination attempt. And that then, despite his profile, he became a contract killer at the same time.

A celebrity black-ops CIA contract killer are characteristics that clash, whichever way you look at it. Even if you ignore his terrible ‘90s-style ‘covert assassin’ costume, it’s just too much.

Nonetheless, as the story unfolds, it becomes increasingly engaging. 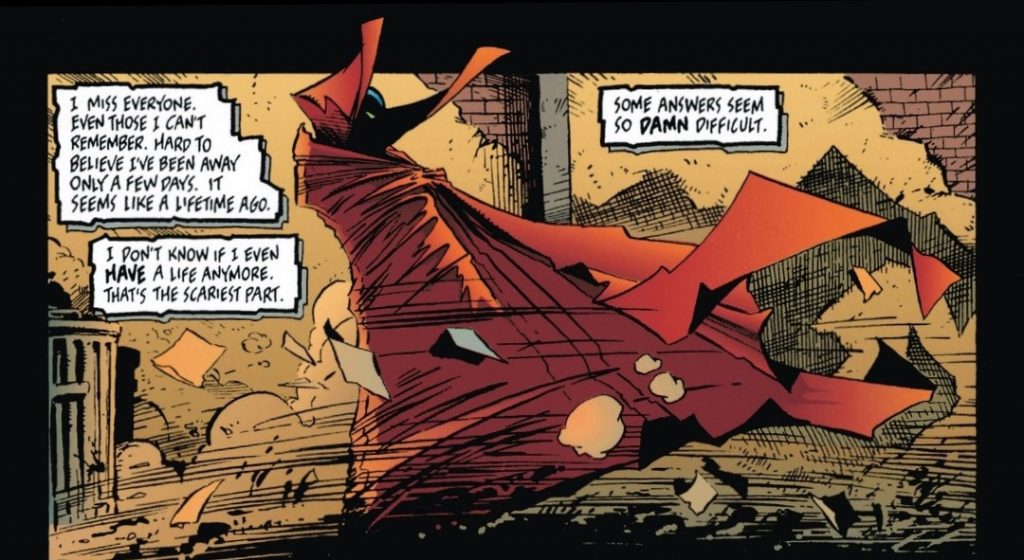 Setting the inconsistencies of his past aside, Simmons is a refreshing main character. This is especially true when considering the time period in which these books were released.

Simmons’ meeting with his widow and her new family is excruciatingly forced and expository, but it’s a necessary hurdle for him to overcome. It’s also crucial for revealing that Simmons was impotent – a revelation that clearly shakes him to his core.

Spawn was never a power fantasy; in fact, quite the opposite. Simmons was a broken man before his death, but it took his new life as a Spawn to realise it. His self-doubt and uncertainty are integral parts of his personality, with his inner monologues standing in stark contrast to his brash external persona. It’s a touch of angst that serves to set Spawn apart from the macho meathead superheroes that were popular at the time.

As a result, by #6 it’s actually quite satisfying to see him make a conscious decision to focus on his strengths: comic book-style gunslinging.

A hero’s strength is best defined by their villains, and this is true here. The comics collected in Spawn Origins: Volume 1 are rarely more engaging than when Spawn has someone to fight.

The Violator is a warped demonic entity that serves as both a catalyst for the police-led storyline and a gateway to the deeper demonic mythology. Overt-Kill, on the other hand, helps to pile-drive home the message that this series does not take place in any kind of recognisable reality.

Either you find the fun in that setup, or – simply put – Spawn is not the comic for you.

The strongest chapter of Spawn Origins: Volume 1 is #5, a standalone story which tells the story of Billy Kincaid. An unrepentant child killer who was released from prison on a technicality, Kincaid murders again immediately upon release.

Kincaid was the contract job that got away for Simmons shortly before his death. With his widow’s young daughter being a similar age to the killer’s victims, he decides to take matters into his own supernatural hands and finish the job.

Much of the story focuses on Sam and Twitch, two NYC cops who have appeared previously in the subplot. They’re keeping an eye on Kincaid, which ends up bringing them into a first direct encounter with Spawn. 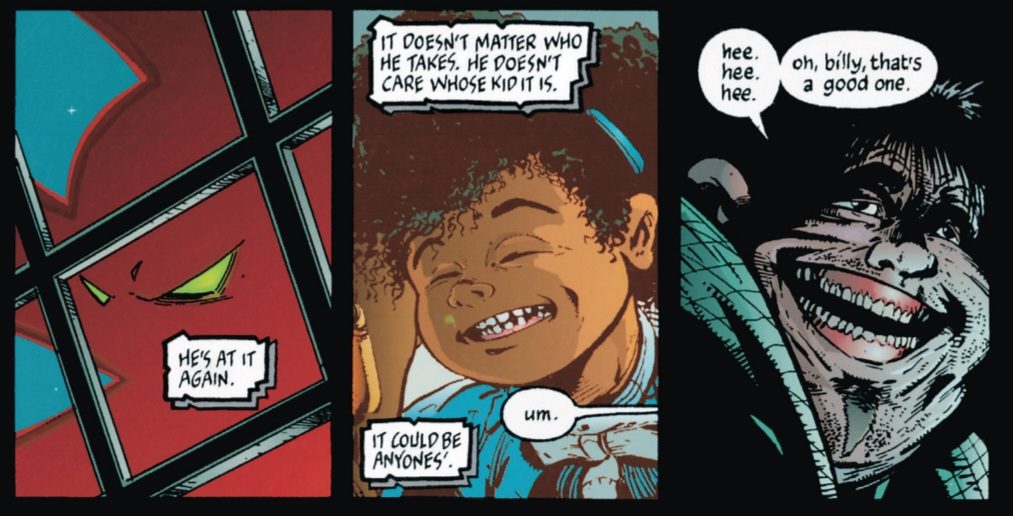 Very little about these early issues is subtle – and that goes twice for this story – but it still works.

#5 shows Simmon’s growing acceptance of his new role and further integrates him back into the world of the living. From a reader’s perspective, this story shows how Spawn works much better when playing with darker subject matter. It feels like the first moment the series finds it feet.

Despite everything wrong with the storytelling in Spawn Origins: Volume 1, the setup – and promise for the future – is strong.

McFarlane’s dynamic style elevated his Spider-Man work to the status of “modern classic”. He was one of the biggest artists of the era and the standard-bearer for the Image Comics project; all of which raised expectations for Spawn. But whilst the book launched to record breaking sales, how does the art stand up now?

McFarlane appears to have thrown everything and the kitchen sink at the first few issues. There’s a wide range of page layouts, terrifying visions, and liberal use of TV news talking heads.

On the surface, this technique – inspired by Frank Miller’s The Dark Knight Returns – appears to be useful for exposition. However, because McFarlane has so much exposition to share, it becomes emblematic of a larger problem with this collection. Spawn Origins: Volume 1 is a lot more tell than show, which is a huge mistake for a visual medium.

That’s not good comics, no matter how neat the illustrations are.

Having said that, there are some cool visual moments in the book that help it live up to McFarlane’s reputation.

The aforementioned nightmare sequence from #1, as well as anything involving Maleboglia, the demon with whom Simmons made his pact, is excellent. There are moments when Maleboglia demonstrates his omniscience which both contributes to the lore and simply works in the medium. 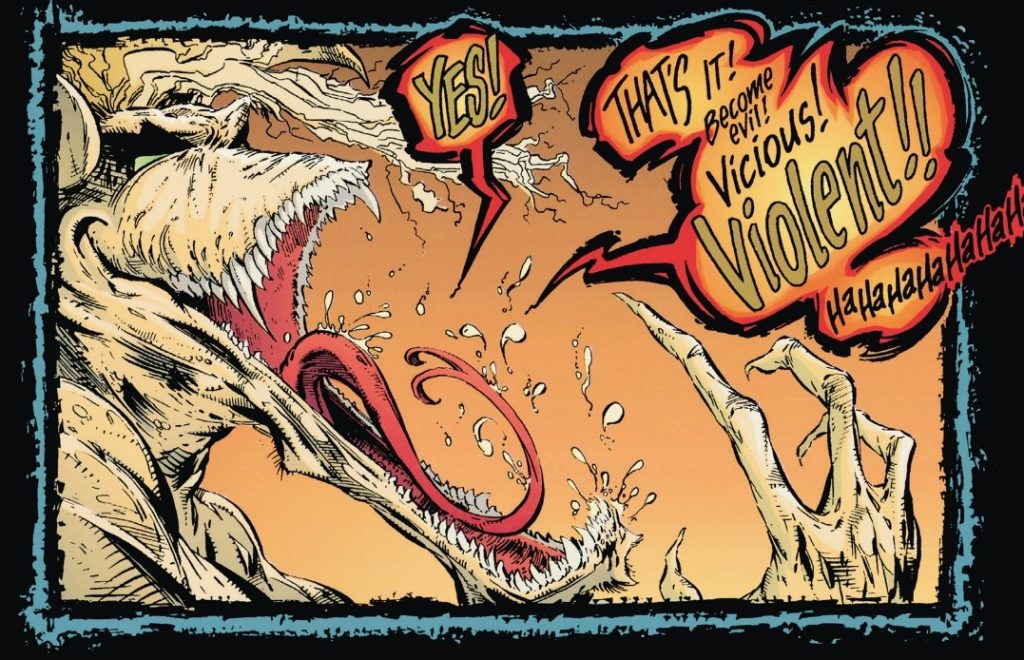 The art improves as the collection goes on. For one thing, with the introductory backstory out of the way, McFarlane finally gets to telling Spawn stories. Second, with the appearances of the Violator and Overt-Kill, Spawn has other super beings to battle. These are sequences that McFarlane handles with aplomb.

It’s clear that McFarlane poured his heart and soul into these early issues. The early ’90s bombast of his art may not be for everyone, but the work continues to define the era.

Should You Read Spawn Origins: Volume 1? 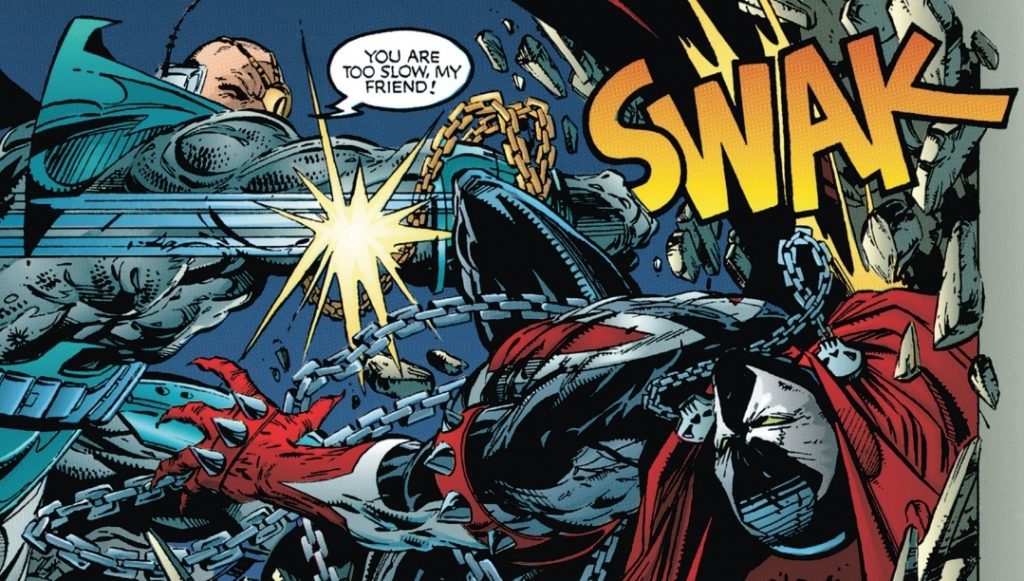 In the introduction, I mentioned that becoming the longest-running creator-owned comic book was one of the title’s quieter accomplishments. It’s still a huge testament to McFarlane’s faith in his character.

We can overlook the 1.7 million sales for #1 as a result of hype and a speculator market gone wild. On the other hand, a creator-owned comic with over 300 issues? That requires a character with some serious staying power.

These comics collected in Spawn Origins: Volume 1 are unsubtle and unsophisticated… but they aren’t all bad, either. If you can get past the comic’s extreme ’90s-ness, you’ll find there’s a lot here to like.

Do you like the sound of Spawn Origins? If so, buy it via the link below – it’ll help the site and won’t cost you a penny more. 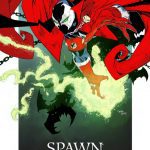